History of the University Club 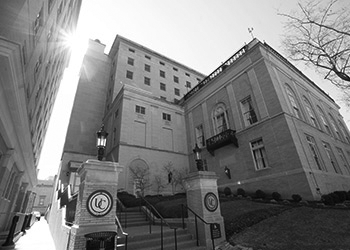 The University Club, designed by architect Henry Hornbostel, is an eight-story building owned by the University of Pittsburgh. Completed in 1923, it is a contributing property to the Schenley Farms National Historic District.

The “University Club” began as a private social club in 1890, originally located in downtown Pittsburgh. It later moved to Oakland to be closer to the city’s college campuses, settling into the 1923 Hornbostel classical-style limestone building. After the club ceased operations in November 2004, the University of Pittsburgh purchased the building for $3.1 million in 2005 for use as a faculty and staff club, conference center, and banquet and event facility.

Following the acquisition of the University Club, the University of Pittsburgh conducted a $20.2 million renovation. This renovation incorporated all floors, including housing on the upper floors for families of patients in local hospitals. The building features a grand lobby with a curved staircase, a ballroom with a 600-pound crystal chandelier, tall ceilings, library room, and 10-foot-tall windows with sweeping views of the University campus. Floors 1 through 4 became a 4,000-square-foot faculty club, 4,000-square-foot fitness center, 18,000-square-foot conference and banquet facility, 4,000-square-foot kitchen facility, coffee shop, and 8,000 square feet of offices. The upper floors, five through eight, have 48 guest rooms that are rented to Family House, a local non-profit that helps families of hospital patients with housing. All renovations were completed and the club reopened on April 1, 2009.

Let us assist you in coordinating your perfect event!

Plan Your Next Event 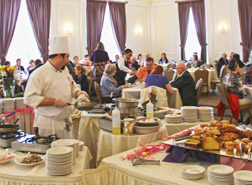 Planning an event? Please give us a few details and we will be glad to assist you or answer your questions. 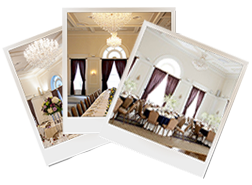 Want to see all that the University Club has to offer? Take a look at the photo gallery.